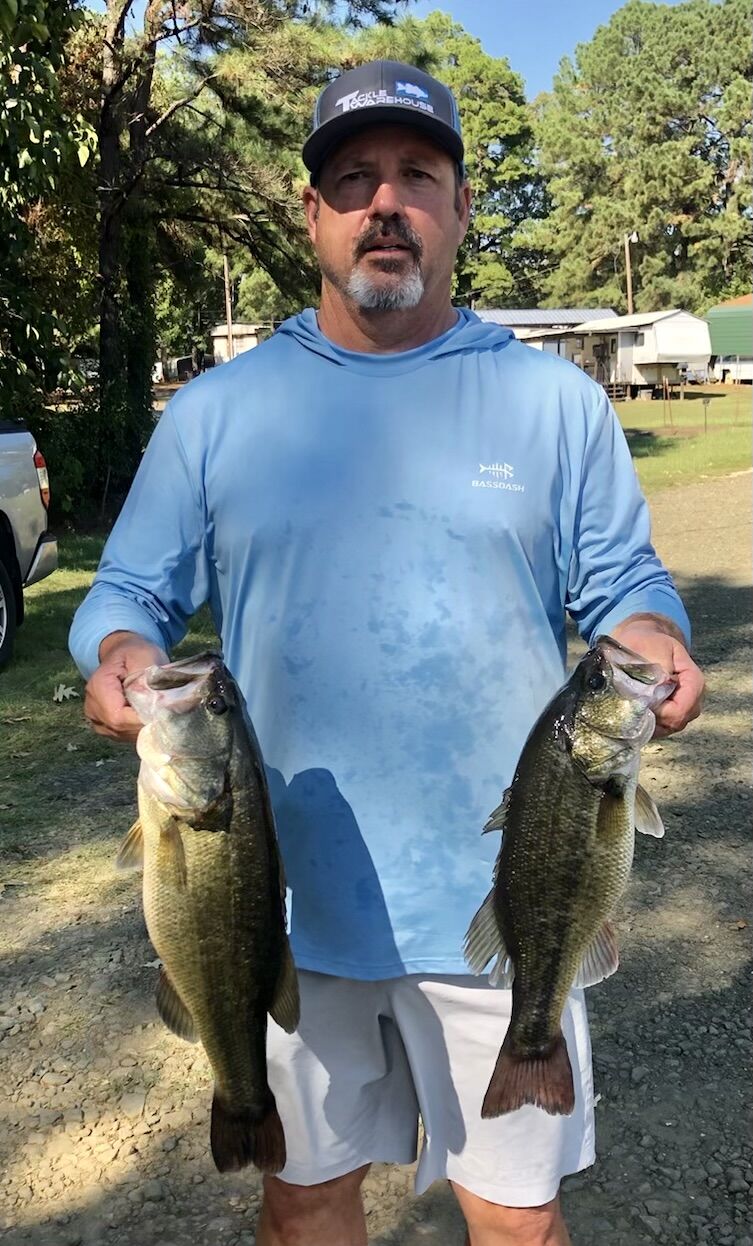 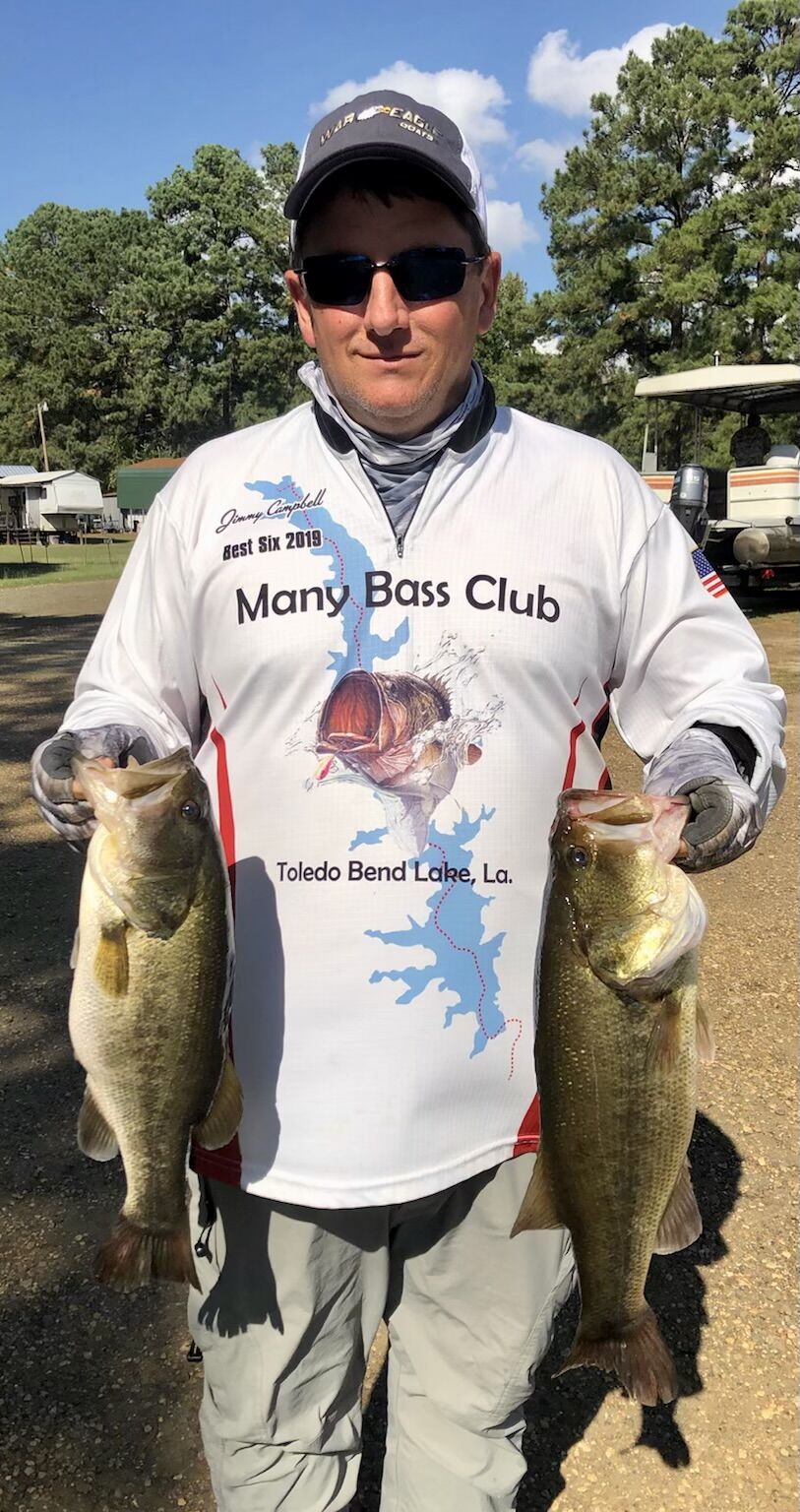 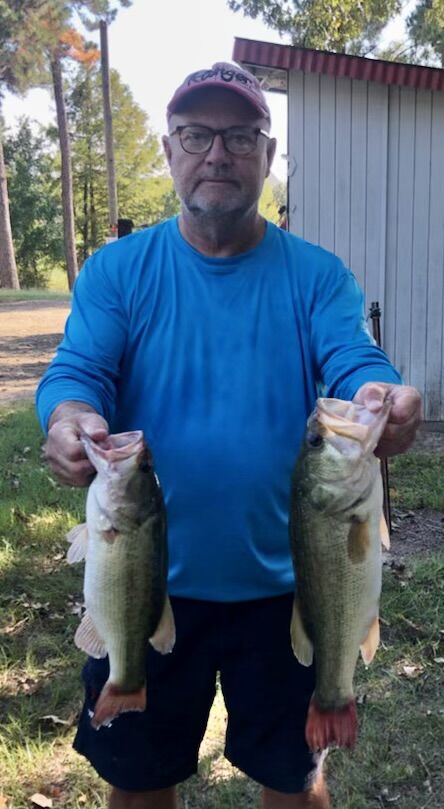 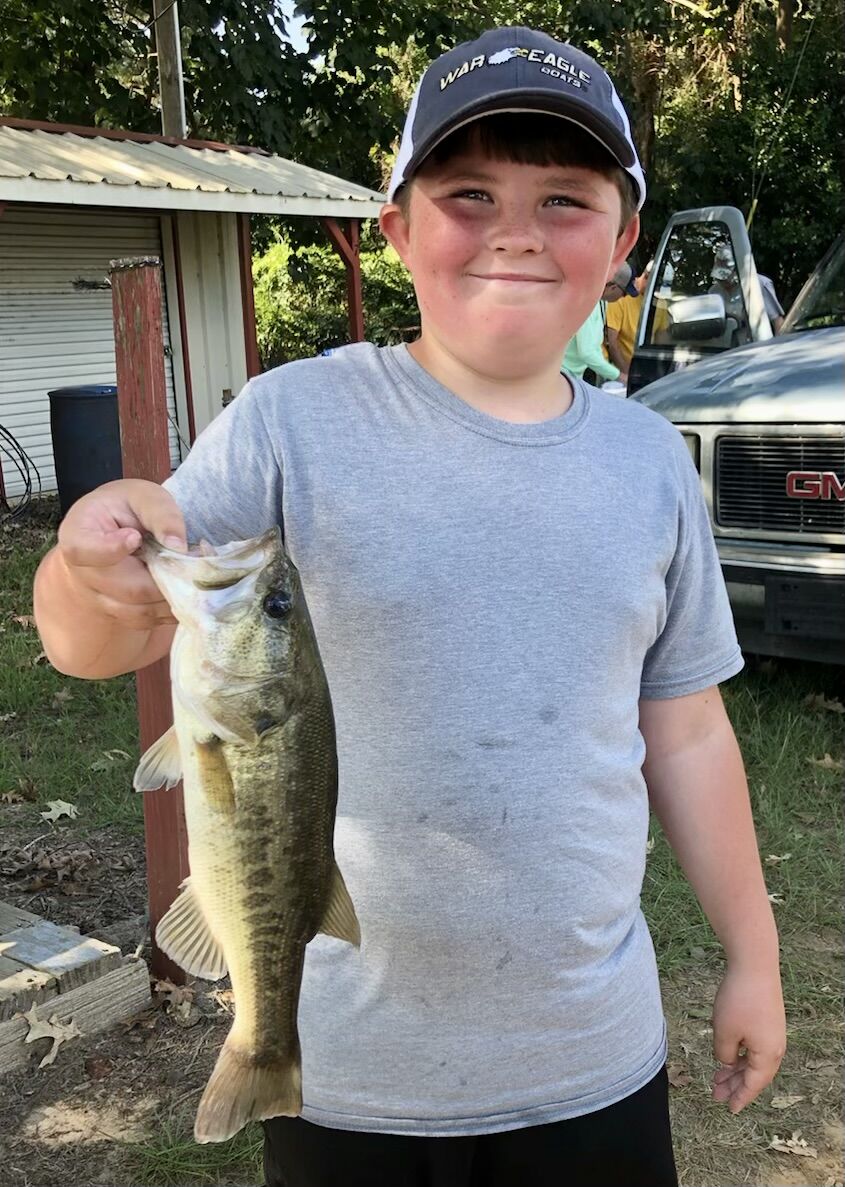 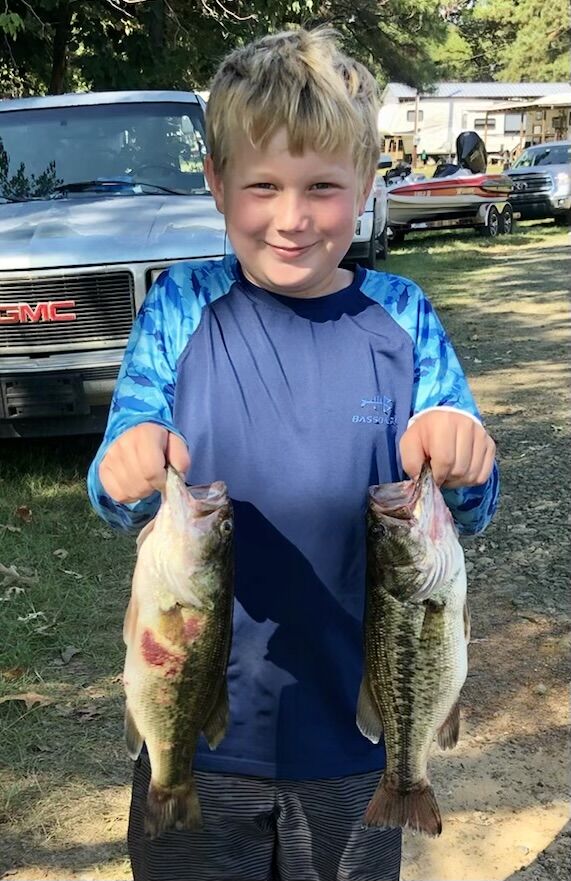 The Many Bass Club held its October 2021 Tournament the weekend of October 9th on Toledo Bend. The anglers had the option to fish Saturday or Sunday. The fall fishing was tough with bites few and far between.

The weather was unseasonably warm and dry for the entire weekend with high temperatures still touching the upper eighties, with water temperatures in the mid- seventies, and sunny skies prevailing. Sunday was quite breezy making it difficult to fish on the open lake. The Lake level was stable at four feet below full pool, and the bass were still reluctant to abandon their summer haunts, but the top two stringers did come from shallow water. Thirteen anglers participated in the tournament, and only four of them weighed in five fish stringers.

Gary West won the Tournament with a solid five fish stringer of 15.95 pounds and had the Big Fish of the tournament which weighed 4.61 pounds. Gary caught his winning stringer Sunday in the south area of the Lake on shallow wind swept points with lipless crankbaits. Gary Moore fished Saturday and finished in second place with a five fish stringer that weighed 12.92 pounds. Gary caught his fish in 2-6 feet of water on a variety of baits onthe north end of the Lake. Jimmy Campbell finished third with four fish caught on Sunday that weighed 12.06 pounds. Jimmy caught his fish on soft plastics fishing deep in the Mid Lake area. Congratulations to the winners!

We also want to congratulate two young men that competed with their father or grandfather for the tournament. Finn Pickett fishing with his grandfather Johnny Flowers, caught 2 fish that weighed 3.87 pounds, and Mason Campbell fishing with his dad caught one fish that weighed 1.87 pounds. Both reported that they had a great time and they did out fish several of the adult club members that competed in the tournament.

The Top Six Points Race for Angler of the Year really tightened up with Gary Moore taking over the top spot with 107.41 points, barely nudging past Michael Sonnier who has 106.65 points. Gary West moved up to the third spot with 103.19 points followed by Jimmy Campbell with 102.92 points, Johnny Flowers with 100.85 points, and Jason Timmons with 72.8 points. With only seven pounds separating the top five spots and two tournaments remaining for the year, all of the top five anglers have a great shot at winning the Club’s Angler of the Year title.

What nicotine is doing to the youth mental health crisis